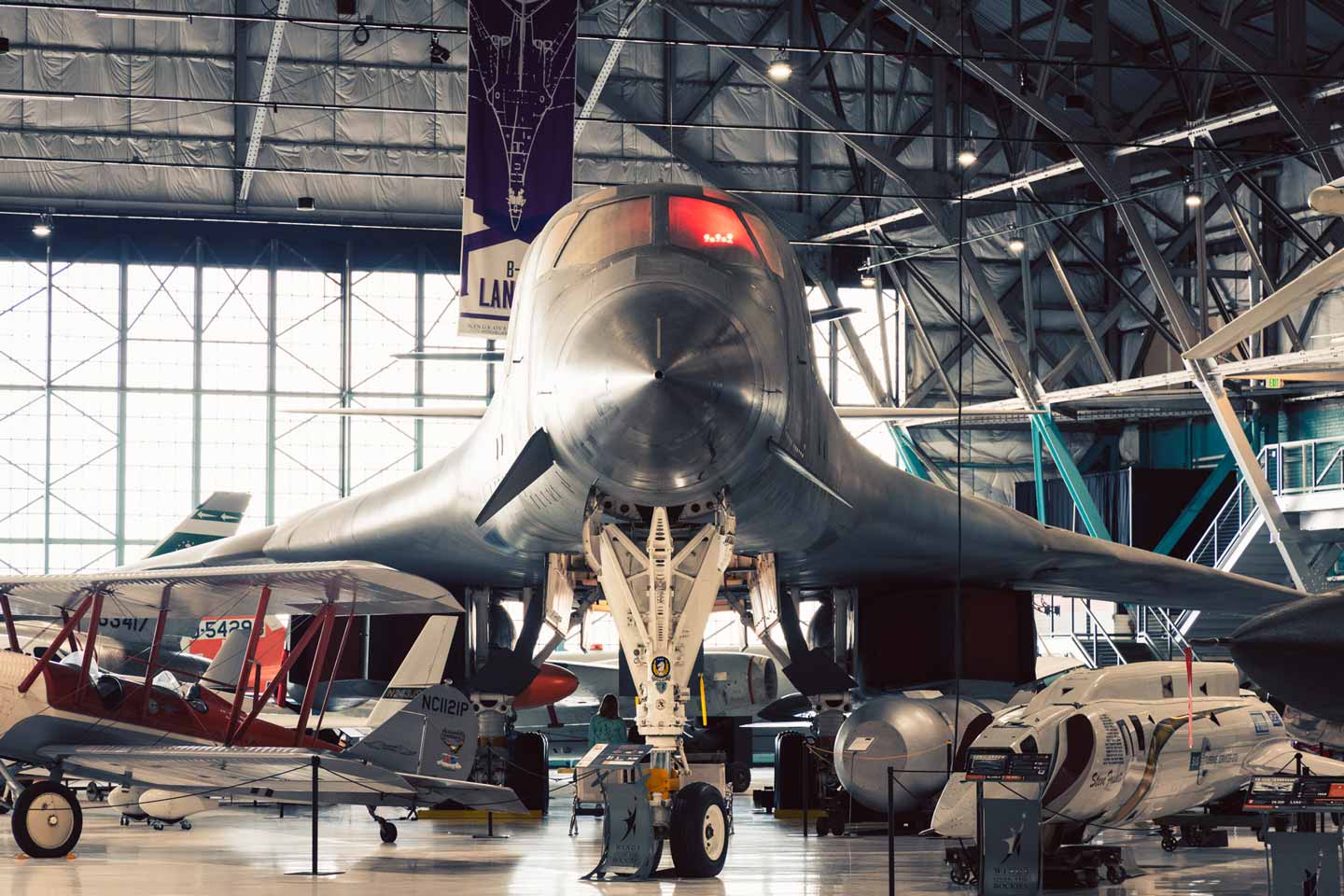 This weekend my fiancé, Niece, and I made a trip to the Wings Over The Rockies Air and Space Museum. I have always loved aircraft of all kinds and since childhood, I have dreamed of becoming a pilot, so any trip to an air and space museum is a special one.

I didn’t realize this before our move to Denver, but Colorado has a long and rich history in the aerospace industry, and we actually live not far from where the Stanley Aviation Company and the Stapleton Airport used to be.

During our visit, I also had the opportunity to put the Canon EOS R and RF 24-105mm F/4 through their paces. The hanger’s mixed lighting made things a little tricky and the packed hanger meant shooting at narrower apertures was a must to keep everything in focus.

Here are some of the highlights from our visit:

First introduced in 1967, the A-7 Corsair II was an American-made light attack aircraft built by the Ling-Temco-Vought company. The plane replaced the aging A-4 Skyhawk.

The aircraft was known to carry the CBU -58 Cluster bomb, which was capable of dispersing 650 smaller bomblets, the AIM-9 air-to-air heat seeker and the MK 82 Snake Eye Bomb, which featured four folding fins that slowed the bomb, giving the pilot more time to escape the blast radius.

The F-86 Sabre first took flight in 1947 and officially entered service in the United States Air Force in 1949. The plane featured a swept-wing design that enabled to counter the Soviet MiG-15 in high-speed dogfights during the Korean War, where it saw extensive service.

The H variant, shown here, was converted into a fighter-bomber and featured the low altitude bombing system, otherwise known as LABS. This computer system would have allowed the pilot to release a nuclear bomb while flying away from the target.

However, like all Sabres, the F-86H featured the same four nose-mounted 20mm cannons.

One feature of the Sabre I wasn’t previously aware of was the plane’s air brakes, which allowed it to quickly slow down. Whether or not this was ever used by pilots to “tap the breaks and fly right by” as Maverik in Top Gun used to say, I don’t know.

I do love me some stainless steel, especially when it comes to aircraft, so it should come as no surprise that the Douglas B-18 Bolo bomber was a favorite during my visit.

The medium bomber entered service in 1936 and largely served the U.S. Army Air Corps and Royal Canadian Air Force throughout the 1930s and 1940s.

During WWII, the plane was used in antisubmarine, transport and training roles.

The Starfighter is as distinctive as it is mired in controversy. The plane was at the center of a bribery scandal in which Lockheed paid out millions to secure the plane’s place in allied air forces.

However, worse than the scandal was the plane’s abysmal safety record. In fact, the accident rate in Canada exceeded 46% and still holds the highest accident rate of any Century Series aircraft in USAF.

Despite its horrific record, the plane’s narrow body, distinctive split inlets, and wing-mounted fuel tanks, certainly made it an iconic disaster.

While we’re on the topic of distinctive aircraft, it’s hard not to mention the Northrop EA-6B Prowler. Bulbus and covered in protrusions, the plane almost looks out of place next to the streamlined jet fighters and bombers at the museum.

However, the plane’s design isn’t without purpose. Hidden within its body and hanging from its wings is an armament of electronic countermeasures including high-speed anti-radiation surface-to-air missiles designed to target ground radar installations.

Introduced in 1971 and only just retired earlier this year, the Prowler has served the U.S. Navy and Marine Corps continuously for nearly 50 years.

Thanks to the 1986 hit, Top Gun, the Grumman F-14 Tomcat needs no introduction, after all, it is the “highway to the danger zone.”

The supersonic fighter saw service throughout the Cold War as a carrier fighter. Thanks to its variable swept-wing design the craft was incredibly fast, capable of speeds of Mach 2.4, or roughly 1,500 MPH.

Introduced in late 1970, the air superiority fighter served a variety of roles until it was retired in 2006. The aircraft was replaced by the F-18 Super Hornet.

First built by the English Electric aircraft company in 1951, the Canberra was licensed by the Glen L. Martin Company and served as the United State’s first jet bomber to drop its ordinance on a target.

The B-1 Lancer is one of the few aircraft I photographed that are still in service today.

The supersonic strategic nuclear bomber first entered service in 1986 after a protracted development.

Like the much smaller F-14 Tomcat, the B-1 Lancer featured a variable swept-wing design that enabled it to fly at incredibly fast speeds while the plane’s stout airframe allowed it to do so at altitudes well below enemy radar.

If you liked this post, you might enjoy my other stories and how-tos on photography, check them out here. And please consider sharing it with your friends and family. 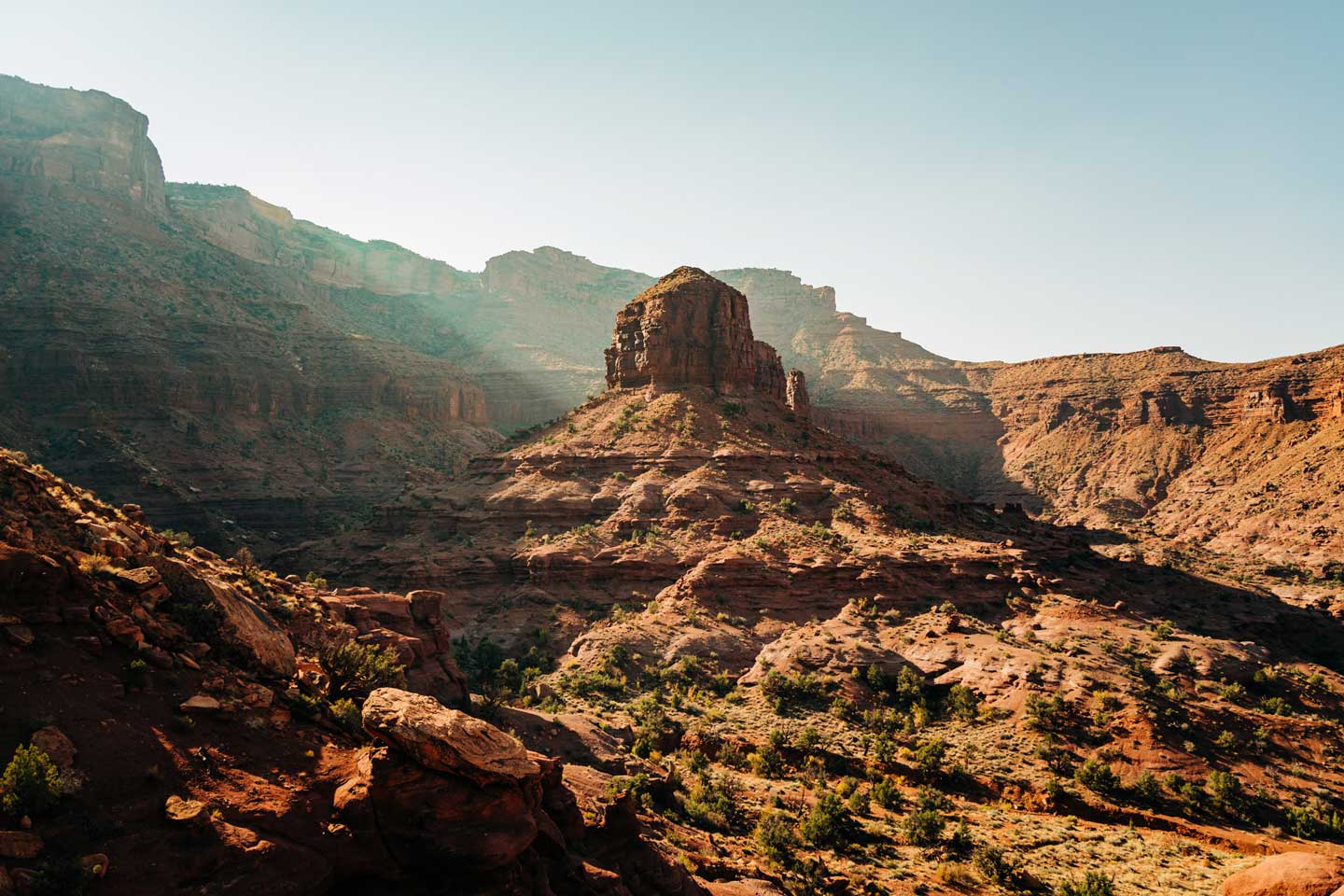 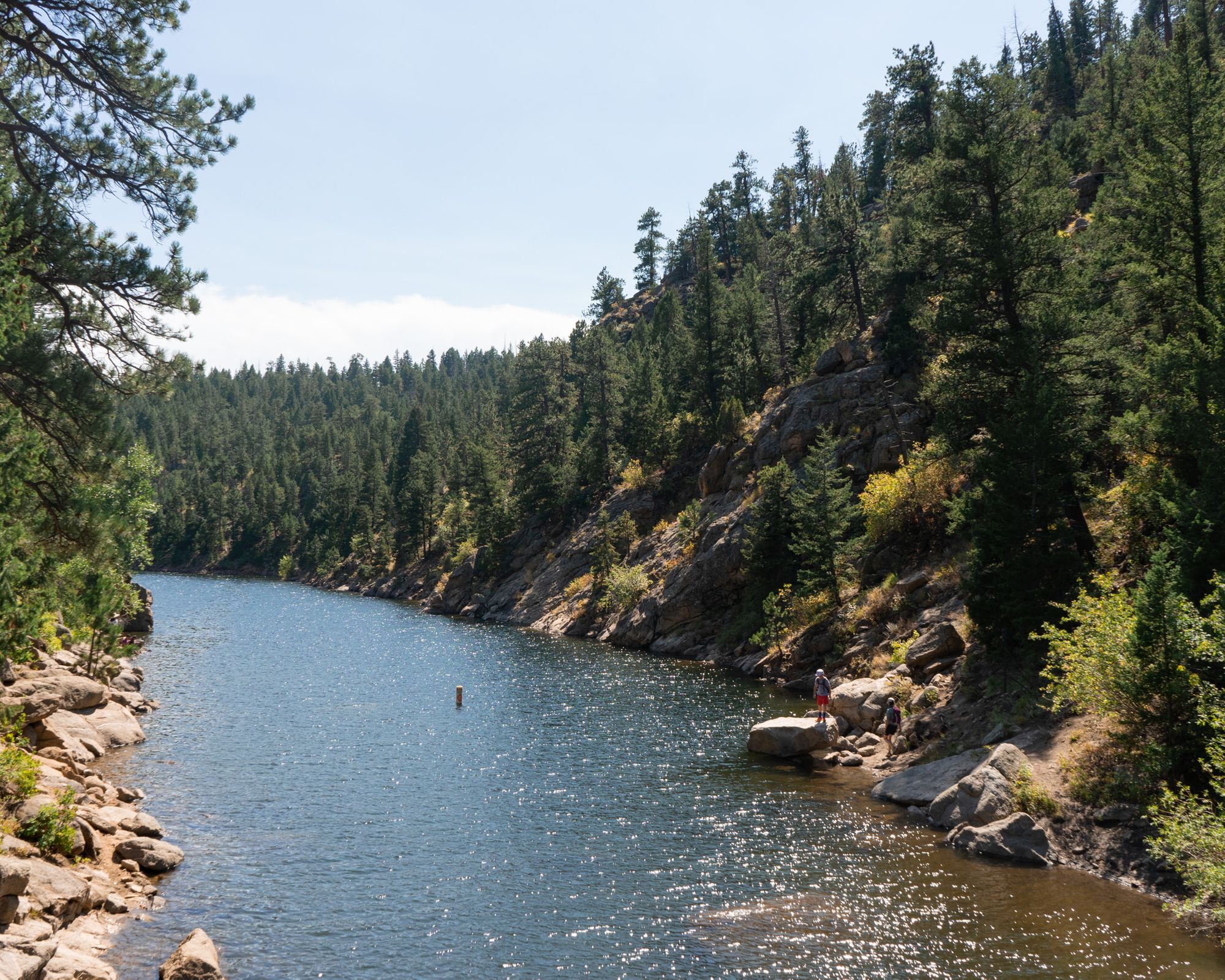 A hike down Forsythe Canyon 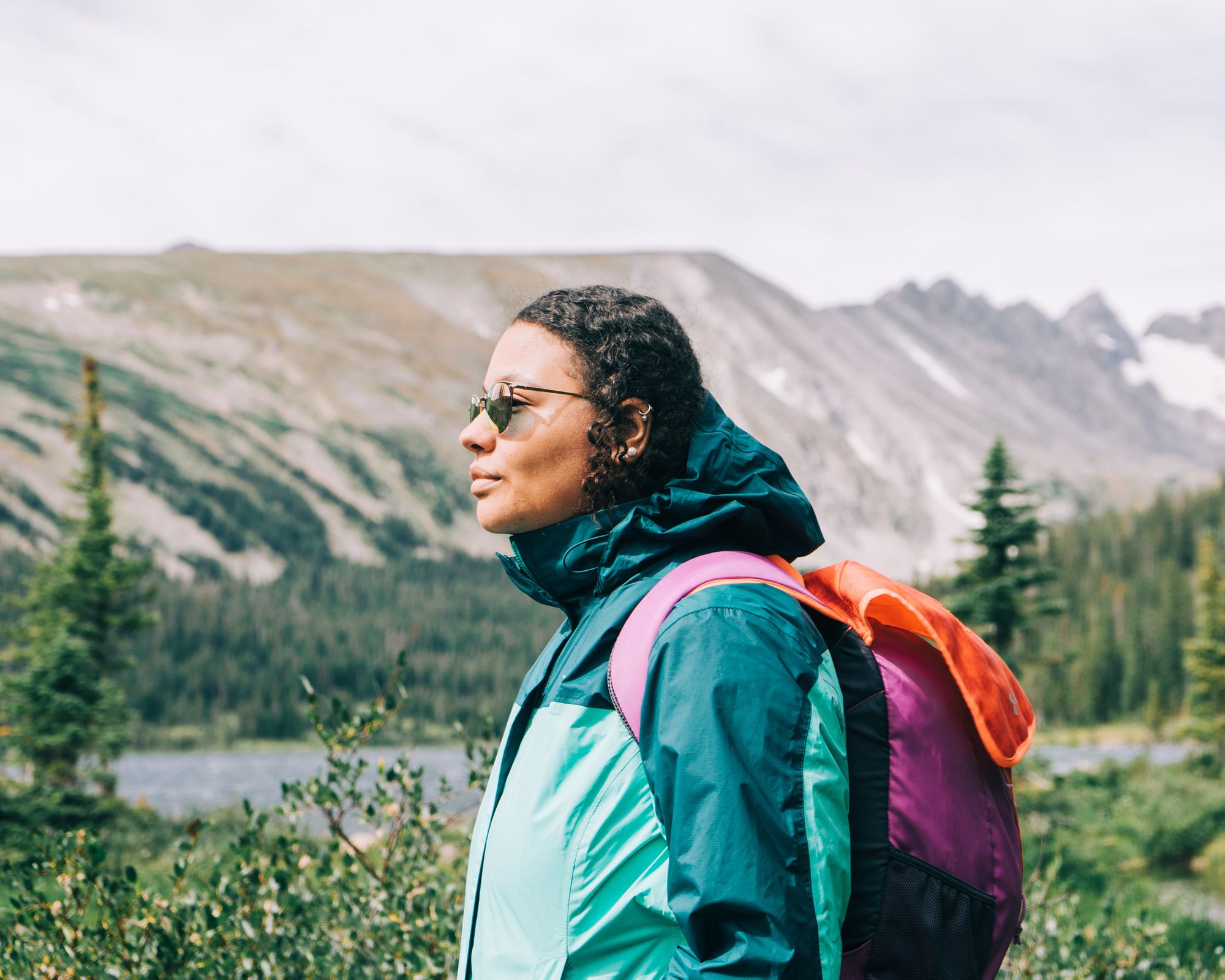 5 things I love and hate about the Sony A7 II 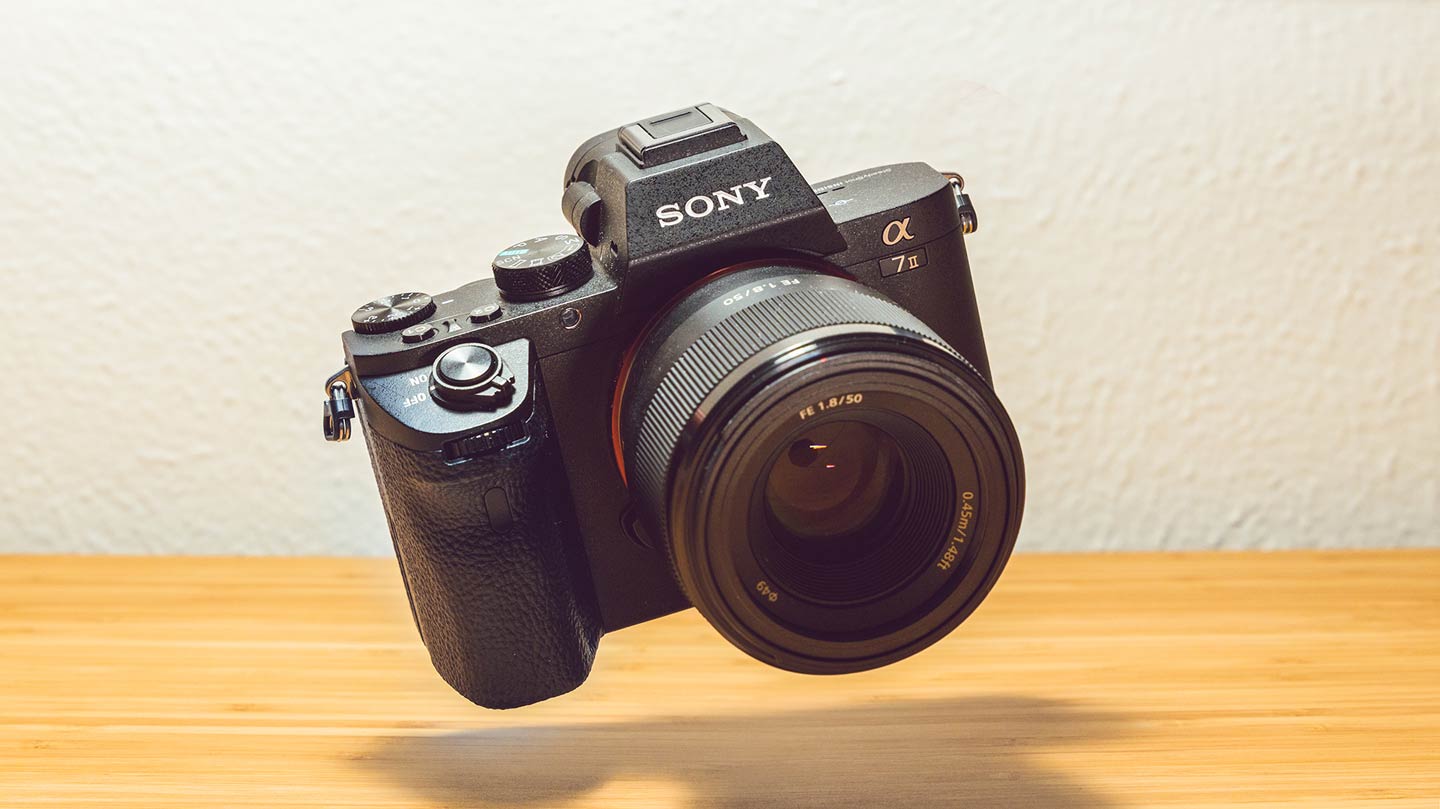