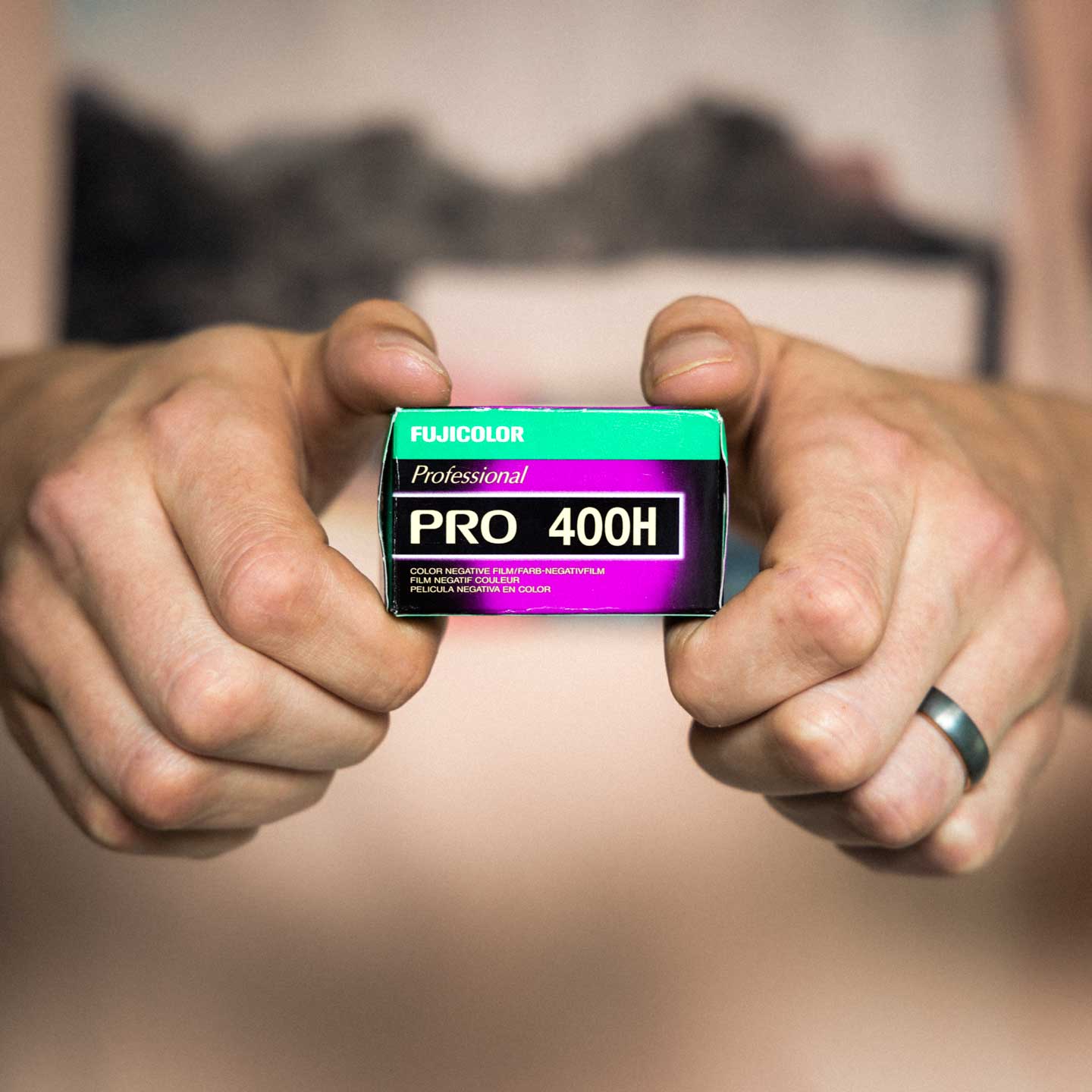 Fuji Pro 400H is a lovely professional film stock that is prized for its classic Fuji colors, breathtaking skin tones and wide dynamic range. But unlike the film stocks I've looked at so far, it is also technically the most modern.

Fuji Pro 400H is adored by wedding and portrait photographers for its muted colors and contrast and relatively fine grain. If you've ever seen a photo of a bride isolated against a background of impossibly pastel greens, there's a good chance it was shot on Fuji Pro 400H.

Since I haven't tested many professional films yet, I decided to find out how well Fuji's last remaining professional portrait film holds up today. I really wanted to know: is it the best portrait film available? How well does Pro 400H hold up against landscapes? And, perhaps most importantly, how do I get those crazy pastel greens?

Introduced in 2004, Fuji Pro 400H is a medium speed, daylight-balanced film that competed against other professional stocks like Kodak Portra 400.

What made the film different from others of the time was that it was created explicitly to be scanned. As such, you might be surprised by just how flat and muted photos taken with the film look right out of camera. It was particularly jarring coming from stocks like Kodak Gold 200 or Fujifilm's budget-friendly C200, but it makes sense, especially given the time at which Fujifilm was bringing it to market.

In 2004, digital cameras were quickly stealing away marketshare from film, at least in the consumer space. In the newspaper and magazine industry, however, digital had yet to deliver high-enough quality and reliable enough colors to displace film. More importantly, film could be scanned at much higher resolutions than any reasonably affordable digital camera. Those muted colors and relatively low contrast compared to other films meant that the images might not be as pleasing right out the camera, but it gave the editor a tremendous latitude in post production.

For this month’s review, I put three 36-exposure rolls of Fuji Pro 400H through my Canon EOS-1 over the course of about about a month.

The images were captured in a wide variety of natural lighting conditions including broad daylight, open shade, golden hour, blue hour, and of course window light. I did not shoot under artificial light, as I don’t own a camera with a flash. I’m working on that, I promise.

Getting to know Fuji Pro 400H

Pro 400H is a medium-speed, professional film that can be had in 36-exposure 35mm canisters or 120 rolls for between $9-$13 depending on format.

As color negative films go, it's pretty expensive, selling for between $3-$4 more than Portra 400. Which given Kodak's excellent colors and similarly low contrast, makes Fuji Pro 400H a tough sell.

In my testing, Pro 400H consistently produced very natural, flat images that, while pleasing, just begged to be edited.

I think that it should come as no surprise, my favorite photos from these three rolls were portraits. Fuji Pro 400H renders skin tones in a way that Kodak can seldom replicate.

I was particularly happy with the results I got when shooting during golden hour, where the film rendered absolutely gorgeous images.

The film performed just as well during blue hour, though I did need to tweak the color balance a smidge as the film trends a little cooler than I'd prefer. However, this is really a matter of preference, and something that is easily done in Photoshop or Lightroom.

Unfortunately, like other Fujifilm stocks, Pro 400H is prone to green and magenta color casts. I was really hoping this wouldn't be a problem with Fuji's flagship film, but it remains a distinct characteristic of Fuji's color science.

Green casts were particularly noticeable in the shadows, but thanks to the film's wide latitude for edits, these are easily corrected with a few curves adjustments in Lightroom.

Color negative films are renowned for their wide exposure latitudes — how far you can under or overexpose before the image starts to fall apart — and Fuji Pro 400H is no different.

In fact, Pro 400H absolutely loves light. This is a film while good when shot at ISO 400, is absolutely stunning when overexposed by a stop or two.

By design, the film renders fairly flat images compared to other professional stocks. In post, you'll almost certainly find yourself reaching for the contrast slider. The upshot of this is you rarely lose detail in the shadows or highlights. I also ran into fewer problems with color casts when overexposing.

Perhaps my most surprising discovery was how well the film stood up to heavy shadow and highlight recovery in Lightroom. While most color negative films do a phenomenal job preserving the highlights, shadows tend to suffer. Fuji Pro 400H certainly has its limits, but in this regard, it performed far better than any stock I've tested.

Bottom line, the box might say 400, but you may as well treat that as the upper limit and meter it as if it were a 100 or 200 speed film whenever possible.

Grain is certainly one of the film's strengths. It strikes a nice middle ground between size and quantity. As professional films go, Fuji Pro 400H hardly has the finest grain out there, but at ISO 400, it is more than acceptable.

Compared to consumer films, there is no contest. Fuji Pro 400H has much finer grain than even 200 speed films like Gold 200 or Fujicolor C200.

Now, it's no secret that I'm a fan of film grain, and I routinely add it into my digital photos in post. With that said, I was impressed by how clean and natural Pro 400H's grain is.

What you should know before shooting Fuji Pro 400H

1. It's meant to be scanned

Fuji Pro 400H was designed specifically for scanning. This is one film where you will get more out of scanning it than you would making prints in the darkroom. With that said, don't expect to see the same kind of contrast and saturation you'd get from a consumer film, you'll need to edit your scans for that.

2. Watch out for color casts

Pro 400H, like many Fuji films, is prone to green and magenta color casts, especially when shooting in window light. The good news is it only takes a couple tweaks to the white balance or curves adjustments to clean up any unwanted color casts.

Meter Fuji Pro 400H for what you care about. Since this film is best suited to portraits and fashion photography, that means meter for the skin tones, and rest assured, there will be plenty of wiggle room to brighten or darken shadows in post.

4. It's a phenomenal portrait film

Speaking of portraits, I'd say that's where this film shines. Skin tones are among the most pleasing I've found from any film, and the fine grain lends itself well to creative lighting scenarios.

While it's a 400-speed film, think of that as an upper limit. Don't be afraid to give it a few stops of extra light and shoot it as a 200 or 100 speed film. If you're looking for those soft, pastel greens, you'll unlock those by overexposing.

I have mixed feelings about Fuji Pro 400H. On one hand, it is a lovely portrait film that exceeded my expectations. On the other, it is much more sophisticated than I'm used to, requiring each frame to be edited in post to get the most out it.

I love film for its simplicity and purity, and Fuji Pro 400H feels like a kind of half step between film and digital. It's an analog format that's meant to be consumed digitally. As such, I'm left feeling conflicted. I'm not used to having to make heavy edits to my film scans.

Perhaps the biggest nail in the coffin for me is the price. As color-negative film goes, it's expensive. Worse, Fujifilm has discontinued its 160 and 800-speed pro films in the U.S., leaving Fuji Pro 400H your only option, unless you're willing to import some 160NS from overseas.

With that said, if you need an incredibly versatile portrait film with a huge margin for error, I can recommend Fuji Pro 400H without reservation. If you're shooting film professionally and can't afford a botched roll, this is definitely one to check out.

Liked this post? I bet you'll enjoy these too!

What do you think of Fuji Pro 400H? Share your thoughts in the comments below: 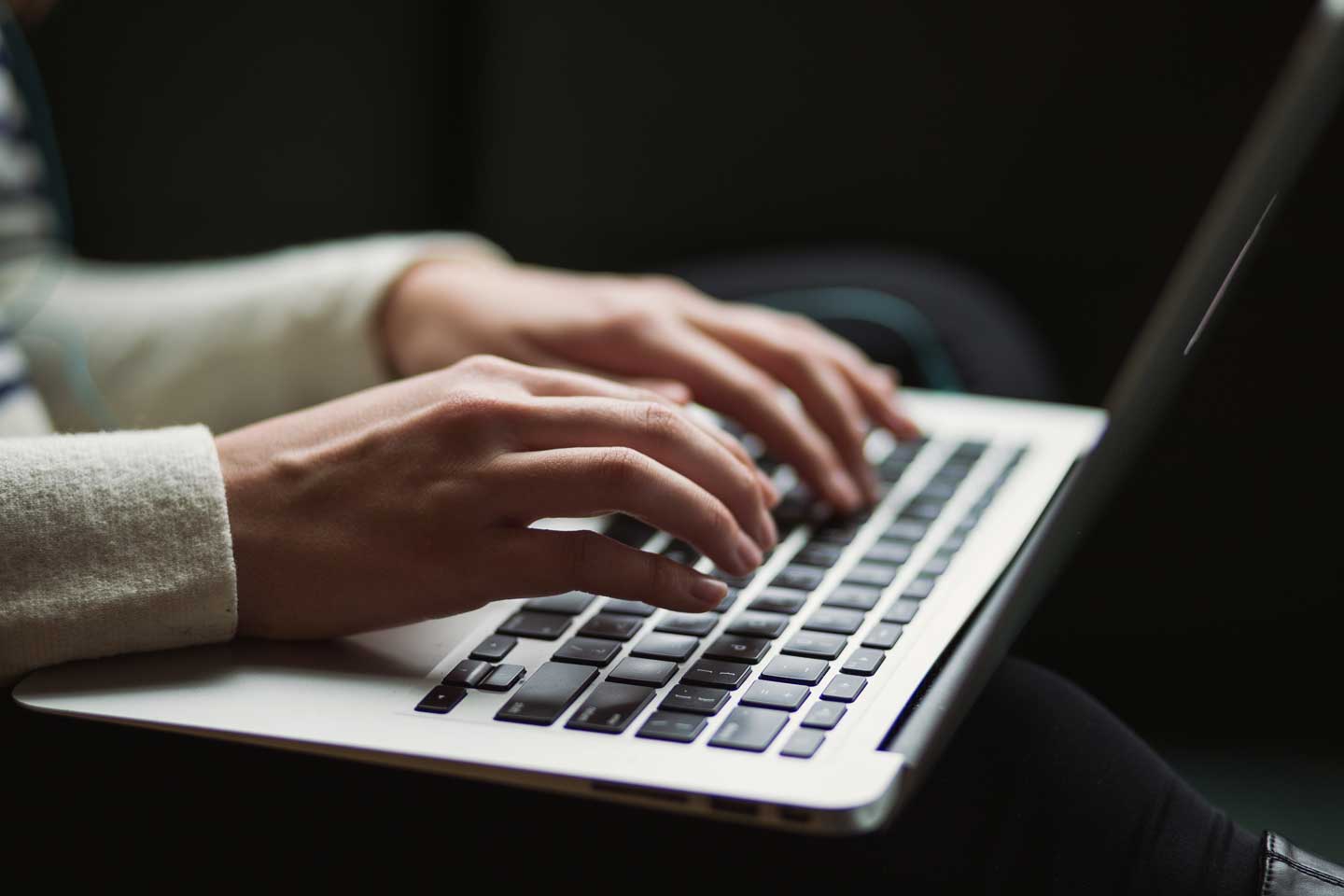 5 Reasons why every journalist should be blogging 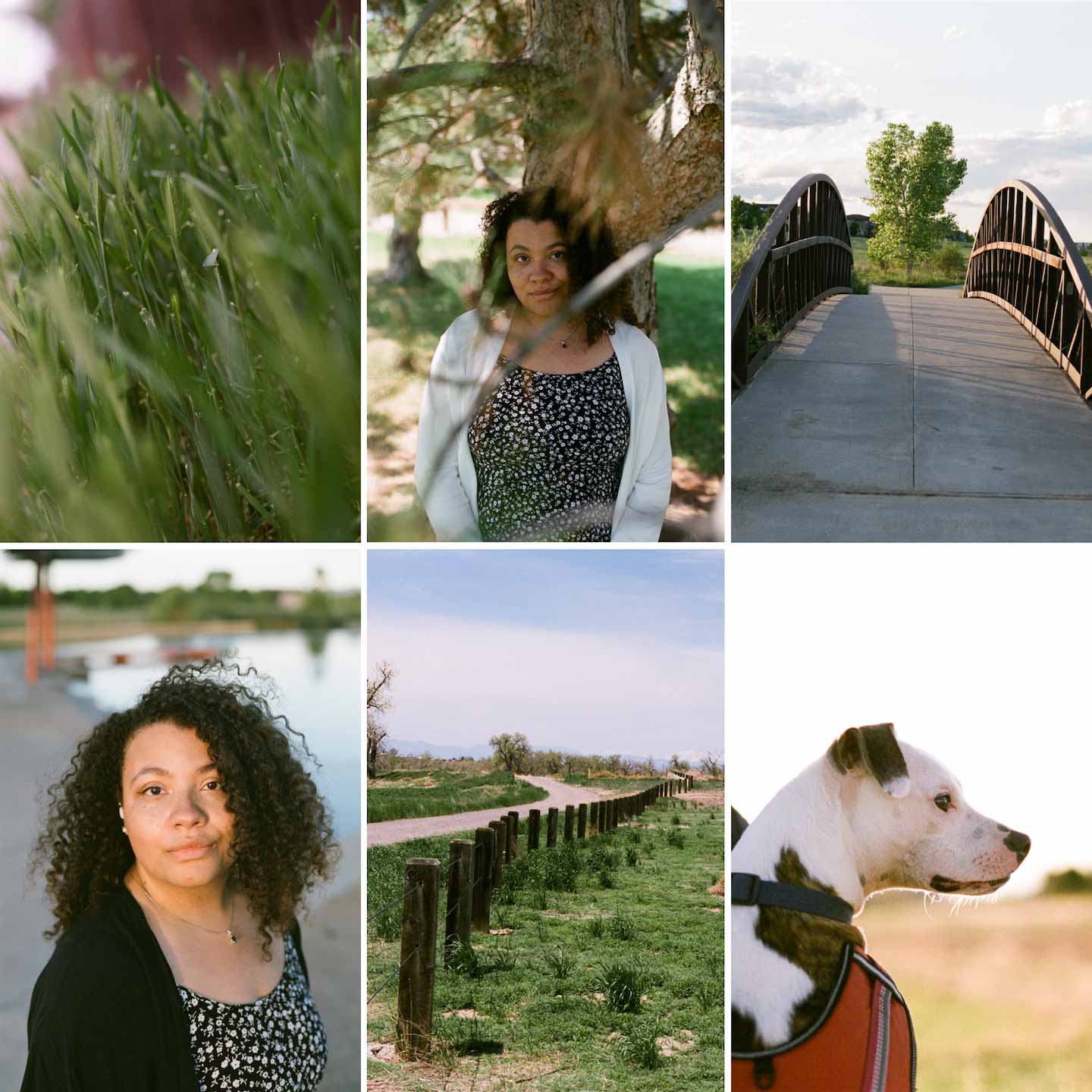