a year ago by Tobias Mann • 7 min read

Developing film with coffee? It's certainly a weird idea, but as strange as it might sound, it actually works pretty well.

Sometime in my high-school years, I discovered a guide for developing film using Caffenol — a putrid brew of instant coffee, vitamin C and washing soda. Obviously I had to try it.

After handing my father what must have been three weeks of allowance, he ordered a Paterson tank, fixer, a bulk order of vitamin C, and four rolls of Fomapan 400 on my behalf. The instant coffee I’d get on my next run to the grocery store, and the washing soda we already had.

Of course, film wasn’t a new concept to me. As far back as I can remember, I’d always had a film camera of one kind or another. Usually, these were cheap drug store point and shoots with little more than a shutter and winder. But later, I began to amass a collection of vintage rangefinders from antique shops and the like.

Developing film, on the other hand, was only something I’d ever heard about from my father on our long trips to Duluth, Minnesota.

Looking back, I’m not sure what convinced me that Caffenol was a good way to learn to develop film. A bag of Kodak D76 and a gallon of distilled water would have been cheaper and certainly more reliable.

Of course, at the time, this was an adventure. So with that, I slipped a roll of Fomapan into my Argus C3 and filled the roll with anything and everything I could think of.

Back in the pitch black of my parent's bathroom, I clumsily extracted the film from the reel and slotted it in to the Patterson tank.

With the negatives safe from the light, I weighed out the instant coffee, vitamin C and washing soda to the exact specifications laid out in the blog post.

I don’t remember the entire process, but it went something along the lines of 10 minutes in the developer with inversions every 30 seconds. A stop bath (just tap water) for 1 minute. Then the fixer for five minutes, inverting twice every 30 seconds. Finally, multiple washes to remove any chemicals still clinging the emulsion.

If you’re interested in learning to develop your own film, I recommend checking out this guide from B&H Photo.

When I pulled the film from the reel, it seemed like this Caffenol stuff might have been a bust, but on closer inspection, I spotted the faint remnants of a negative. Success!

The Bluff Country in black and white

Some of my favorite photos shot on the Argus C3 and developed using Caffenol were taken while visiting my sister in Winona, Minnesota. Nestled along the banks of the Mississippi, Winona is surrounded on either side by great bluffs, some towering 600-feet in height.

Having grown up on the north-western plains of Minnesota and North Dakota, the landscape's towering cliffs and deep valleys were almost disorienting.

My sister had moved to the Island City to teach chemistry at Winona State University. She'd been living there for a couple of weeks when my father drove my brother and I down to see her.

Winona was a place of significance for my family. My great uncle had called the city his home. And, further south, my great grandfather had settled in De Soto, a little river town on the Wisconsin side.

When we weren't out exploring the surrounding area, we were hiking around the city.

The images I captured had a certain quality to them. If you'd found them in a shoebox, you would have been forgiven for thinking they'd been taken in the mid 50s.

I was actually reminded of this trip, and my adventures with Caffenol, after reading a post by Keith King about replacing his stolen DSLR with a Canon TX while traveling in Prague. The images — all shot on black and white film — show a world that feels out of time.

It's true. There is something to shooting black and white in a vintage camera that makes things feel older or, at the very least, timeless.

I think these photos taken of a river barge passing through one of the Mississippi's countless locks and dams exemplify this effect. While these were taken in 2011, I think you be hard pressed to put a date on them.

About a year after visiting my sister in Winona, I would call the Island City my home. In 2012, Niecie and I moved there to attend college. While she studied to be a teacher, I pursued a degree in photojournalism.

It was at WSU that I was first introduced to a proper darkroom. As a senior, I scored a job working as a darkroom assistant.

A few years after graduating, I returned to Winona. There I served as a reporter covering crime and county government at the Daily News, before moving to Denver in July 2019.

Given how inconsistent Caffenol can be, I'll probably stick to D76, that is if I ever start developing my own film again. If I did give Caffenol another shot, it'd be to try my hand at making prints with it. From what I've seen online, the instant coffee gives prints a natural sepia tone.

If you've already got some experience with black and white development, Caffenol can be a fun, if stinky, experiment, but I can't recommend it for beginners.

Have you ever dabbled in film development? How about Caffenol? Share your thoughts in the comments below: 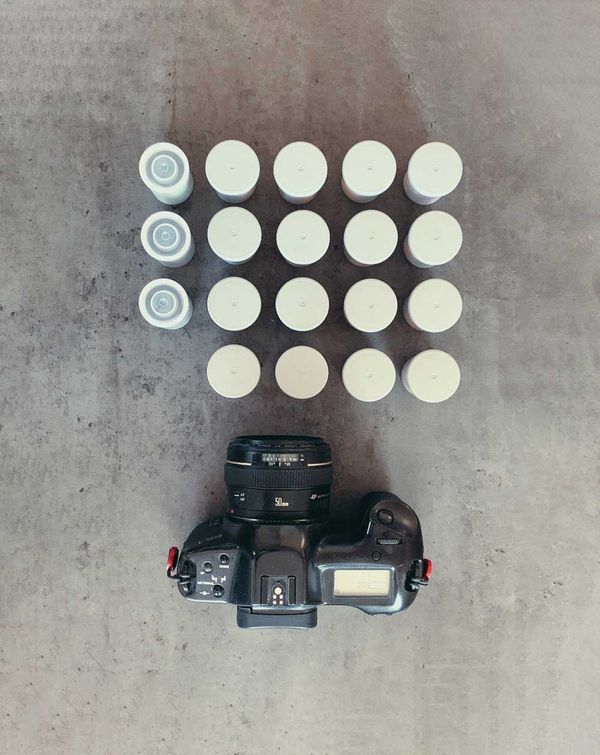 Host a Ghost blog in the cloud with Docker