It was my first rodeo

a year ago by Tobias Mann • 4 min read

Life is filled with firsts, each with its own lesson.

“This isn’t my first rodeo” is a phrase often used to express experience or familiarity with a task, especially to someone older or more seasoned.

However, as a photojournalist fresh out of college, I had a lot of firsts ahead of me, and somewhat ironically, one of the firsts was a rodeo.

It was late spring 2015. I’d just completed the last of my course work at Winona State University when I hit a snag. I was one credit short of graduation. This wasn’t a big deal, since there were plenty of courses open for the summer session.

After several long conversations with my father, I decided I would end my college education on a high note and join the Navajo Oral History Project. Started by professors Miranda Haske of Diné College and Tom Grier of Winona State University, the 10-year project documented the life stories of Navajo elders.

It was during the nearly three-week documentary course that we attended a rodeo at the Howard Sorrell Memorial Rodeo Arena in Luachukai, Arizona.

Despite growing up in the northwestern plains of Minnesota, this was literally my first rodeo.

We’d arrived shortly before it had started when Chops Hancock, a former National Geographic photographer who had helped to start the oral history project, pulled a handful of us aside.

After following Chops a short distance, he disappeared into the event organizer’s office. When he emerged, I was shocked to discover he’d talked them into letting us shoot the rodeo from inside the arena.

We’d arrived about 45 minutes before the rodeo was set to begin, so I took the time to document the lead up to the event. I knew once the rodeo started, I’d be fighting for light that my Olympus PEN’s micro four thirds sensor and dark kit lenses were ill equipped for.

It was fascinating to watch the community come together around the event. Smiles and laughter were the backdrop to the much more serious preparation of the cowboys, without which the rodeo wouldn't have been possible.

Three generations of ranchers and cowboys readied their gear, caught up on gossip, and I suspect, prayed for their loved one's safe return from the pen when the night was over. Rodeos, as I soon would learn, are a wild and raw experience in which danger thrives.

The limitations of my gear

Up until this point, I’d never run up against the limits of my camera equipment. There had never really been a situation where I'd failed to get the shot I wanted because of the size of my sensor or the brightness of my lenses.

I knew there were certainly brighter more capable lenses out there, but I’d never needed them. Likewise, I’d never found myself in a situation where ISO 1600 was inadequate. That said, the dim sodium-vapor lamps that lit the arena were hardly the most forgiving.

Before the light dipped too far below the horizon, I managed to get off a few good shots, including this one of a bull rider as he's launched into the arena.

However, it wasn't long before I'd maxed out my Olympus at ISO 6400. Yet, try as I might, I just couldn't freeze the action. Worse, the animal's erratic movements made panning impractical.

The photos that did come out were so muddied by noise and motion blur that they were all but useless.

I’d failed to bring the right tools for the job. But, since this was my first rodeo, I couldn’t have known better. And, since it was also my last rodeo, investing in expensive, fast glass and a sports camera wouldn't have made sense anyway.

Instead, the lesson I took from this was to understand the limits of my equipment and use it to the best my ability. I'm incredibly proud of the photos I was able to capture in the moments leading up to the main event.

Life is full of firsts, each with its own lesson. If you keep an open mind, you might learn something, and the next time, it won't be your first rodeo. 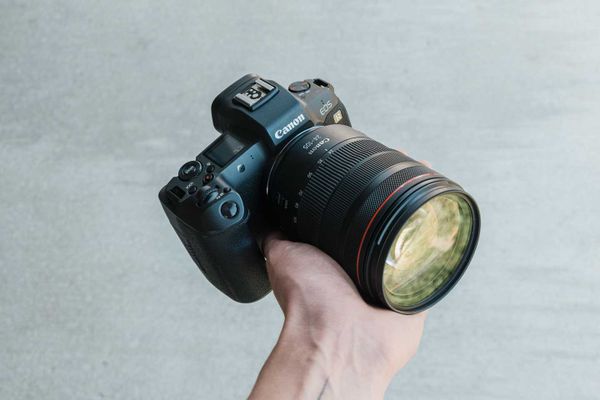 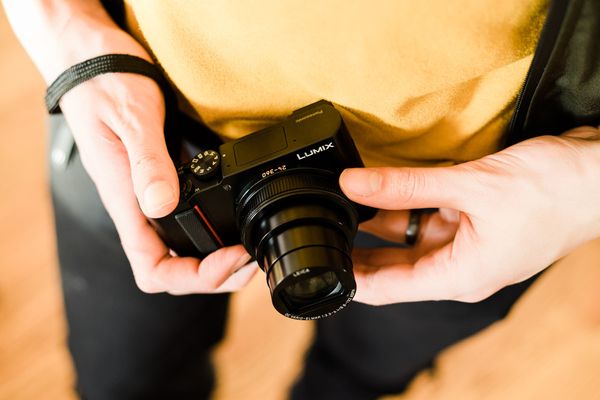